Dallas, Texas (Jan. 27, 2015) – Metro Dallas Homeless Alliance (MDHA), an association of organizations devoted to ending homelessness in Dallas and Collin Counties, announces today that Cindy Crain will join as its new president and CEO effective March 1, 2015.
Previously, Crain served for seven years as executive director of Tarrant County Homeless Coalition (TCHC) where she earned broad acclaim for radically transforming the organization’s operations and tackling homelessness in . While there, she led efforts to improve the central database used by more than 30 human services organizations to provide real-time knowledge of clients and shelters and more accurately match the needs of homeless persons with the most appropriate housing intervention. Recognizing case managers as being the most critical yet often under-supported person in leading someone in crisis to a life of stability, dignity and self-sufficiency, Crain also developed and implemented an extensive year-round training and recognition program for case managers assuring access to at least 15 continuing education credits for social work licensure.  During Crain's tenure at TCHC, the agency grew from one person to nine and from just over $100,000 to $1.4 million annually to provide extensive services to agencies serving the homeless.
Larry James, president and CEO of CitySquare, MDHA board member, and Dallas Mayor Rawlings’ appointed leader of the city’s poverty task force, spearheaded search efforts that ultimately led to Crain.

“In our three-month search process, we were encouraged to see such a large pool of qualified candidates interested in leading Metro Dallas Homeless Alliance,” said James. “The organization has made significant progress over the past few years in reducing chronic homelessness. With our goal to end homelessness in and , it did not take long for us to realize that Cindy Crain is the perfect person for this job.”

"We are excited and so fortunate to have Cindy Crain lead our efforts to address homelessness in our community. She is a nationally recognized expert and proven leader in her field. She is also a wonderful and compassionate person. There is no doubt she will make an amazing positive impact to the organization, and in the lives of countless people throughout in the years ahead," said Banowsky

Before joining TCHC in 2004, Crain worked in and the City of . She holds a Master of Public Administration degree as a Graduate Fellow from the Maxwell School of Citizenship and Public Affairs, and a Bachelor of Business Administration degree from . Crain succeeds former MDHA president and CEO Michael Faenza who announced his retirement October 2014 and consulted with the organization until January 1, 2015.

About MDHA: The Metro Dallas Homeless Alliance (MDHA) is an association of organizations devoted to ending homelessness in and , by putting people into homes. It facilitates over $16.8 million of annual federal funding, coordinates services, and drives improvement in more than 40 different transitional housing, rapid rehousing, and permanent supportive housing programs. Since 2004, MDHA has overseen a reduction of 65% in chronic homelessness, and an increase of 1200% in permanent supportive housing units. It improved homeless housing program performance by 30% in just the last three years. Finally, it launched and operated The Bridge, a $28 million intake center for those experiencing homelessness, before spinning it off as a separate non-profit. It is committed to ending veteran homelessness and chronic homelessness in 2015 and 2016, respectively.
Posted by Unknown at 3:25 PM No comments: 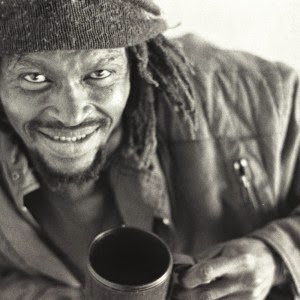 Dallas, Texas – If you happen to be standing in front of Dallas City Hall this coming Thursday, January 22, 2015 at 5pm, you will see an interesting sight. A few hundred people will gather in front of the building, only to then fan out into the night. Their mission? To count and survey those in our community who are experiencing homelessness. The Point-In-Time (PIT) Homeless Count in is conducted by the Metro Dallas Homeless Alliance (MDHA), and is a requirement under U.S. Law.

Here in Dallas, MDHA’s grantees and partner agencies count guests and residents in shelters and housing sites, while the above mentioned community volunteers, escorted by Dallas police officers, locate and count those living elsewhere. Similar counts are conducted the same night by the Collin County Homeless Coalition and by the cities of , and , who are all part the area Continuum of Care organization, which is led by MDHA.

MDHA still needs volunteers for this huge operation, which in is subsidized by the Real Estate Council Foundation. Volunteers must be at least 18 years of age, should wear clothing appropriate for the weather and comfortable shoes, and bring a flashlight, a pen, and a clipboard.