Jonathan Reconnects, with a Little Help from the MDHA Flex Fund

Jonathan* has not had what most would consider an easy life. His disability does not allow him to work. He had even experienced homelessness. That said, with the help of a City of program, Jonathan had made significant progress. He had gotten into an apartment with a rental subsidy, and had a steady though fixed income from SSI (Supplemental Security Income). He no longer needed to worry about experiencing homelessness. Or, so he thought…


The problem is that $733 a month, which is what SSI paid in 2016, does not always go far enough. Late last year, Jonathan fell behind on his electric bill, and on December 15th, his electricity was shut off. That night the temperature dropped to 36, and a few nights later it was down to 17 degrees! 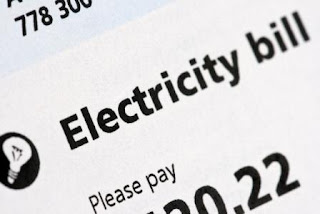 Jonathan’s case manager, Mirka, was able to help him make an appointment with to apply for utility assistance, but they could not see him before the 27th. On top of that, his electric provider was not registered with , so it would take another seven days following that appointment, before his electricity could be turned back on.


Jonathan was at wit’s end. He could not refrigerate his food, he could not cook, and he could not heat his apartment. What really worried him, though, was that his lease required that his apartment be connected to utilities, so he was now in violation of his lease. He was liable to find himself, not only without electricity, but without a place to live altogether.


Put yourself in Jonathan’s shoes at that moment. Imagine what that feels like, to be without electricity, mere days before Christmas, worried that you might be evicted. Now imagine that all of this is happening to you because of $53.53, which is approximately what many of us middle class folk might spend on a casual dinner with drinks, for two.


Fortunately, Mirka knew where to turn for help, the MDHA Flex Fund. The Flex Fund was designed by MDHA, with the help of United Way of Metropolitan Dallas, to pay for minor but impactful expenditures that impede clients from (making progress in) ending their homelessness. In this case, it would work in a similar, if not identical, fashion. The Flex Fund could pay the electric bill, and not only make Jonathan’s home habitable again, but also shield him from being evicted and returning to homelessness, due to the violation of his lease.


Mirka completed the one page Flex Fund request form. It asks for the client’s information, the solution needed, including cost and vendor, articulation of how this solution will help the client end his or her homelessness, and an explanation of why other resources cannot provide it. (This prevents service duplication, and waste of funds.) She then emailed the form, with documentation from the electric provider, to MDHA.


Shavon Moore, MDHA’s Continuum of Care Resource Manager, received the request and quickly approved it. She suggested to Mirka, however, that they “top off” Jonathan’s account with another $50, so he would not be disconnected again before his utility assistance could be approved by . She then went online to the electric provider’s website, and paid $103.53. 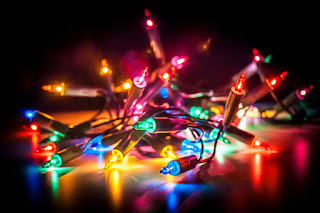 Within two hours, Jonathan’s electricity was reconnected, the lights were on, his refrigerator was humming again, and the apartment was feeling nice and toasty. Jonathan was finally able to rest easy, and not worry about becoming homeless again. This Christmas would be full of light and warmth, after all…


* Client’s name has been changed to protect his privacy.

Posted by Unknown at 2:39 PM No comments:

A New Beginning, Full of Hope

One of the reasons people experience homelessness is domestic violence. Though this is not what people usually think of when they hear the word “homelessness”, it should immediately make sense. What else would you call your situation, if you left your home, to escape your abuser? Therefore, the Federal Continuum of Care grants facilitated through the Metro Dallas Homeless Alliance (MDHA), have long included grants for housing programs for domestic violence survivors.


One thing that survivors do share with others who experience homelessness, is that they need more than just housing. Often, they can find themselves with nothing more than the clothes on their back and what they could carry in their hands.


Regina*, a domestic violence survivor, had found refuge with our grantee, Hope’s Door New Beginning Center. She was working hard on rebuilding her life, was admitted into their housing program, and was able to save up enough money to pay her required portion of the rent on her apartment. She was still missing two things, so basic to rebuilding her life and remaining housed, that most of us take them for granted, furniture and transportation.


learned about the Dallas Furniture Bank, whose mission is to provide “furniture to families transitioning from homelessness.” She also learned about the DART Reduced ID card program, a DART-MDHA partnership, which allows those experiencing homelessness to ride on DART using 50% discounted passes. However, she did not have the money to utilize these services.
Now, you might ask why Hope’s could not help her with these needs. It is not that they did not want to help her. As is often the case, the Federal grant that paid for her housing and services, could not be used to pay for furniture and transportation. What was to do?


Luckily, her case manager, Jackie, knew who could help: The MDHA Flex Fund. The Flex Fund was designed by MDHA and United Way of Metropolitan Dallas, with people just like Jackie in mind. The idea of the Flex Fund is simple. A person experiencing homelessness faces a minor but impactful expenditure that impedes the person from (making progress in) ending his or her homelessness. The Flex Fund pays for it. That’s all there is to it.


Jackie told about the Flex Fund. She shared with her that early on MDHA had formed a partnership with the Dallas Furniture Bank to allow clients to obtain basic furniture, with the MDHA Flex Fund footing the bill. Jackie and discussed what furniture would be most helpful to her. chose a sofa, a chair and an end table for her living room, a table and chair set for her dining room, and a full-size bed, dresser and night stand for her bedroom. Jackie also shared with that the Flex Fund could pay for her DART Reduced ID card and the remaining 50% cost of a monthly pass, as well.
Jackie filled out MDHA’s simple Flex Fund forms, and submitted them to Shavon Moore, MDHA’s Continuum of Care Resource Manager. Shavon notified the Dallas Furniture Bank, and they called in for her private appointment. It felt great to shop in style at their facility, and choose her very own furniture. Shavon also provided Jackie with a letter Regina could take to DART, certifying her homelessness, as well as a check made out to DART to cover the ID and the remaining 50% cost of a monthly pass.


Hope’s is a true lifeline for domestic violence survivors like , in bringing normalcy back into their lives. With the help of community partners like MDHA, the Dallas Furniture Bank and DART working together with them, Hope’s can better help the “” of our community in achieving a sense of stability in a new beginning, full of hope.


* Client name has been changed to protect her privacy.
Posted by Unknown at 9:18 AM No comments: